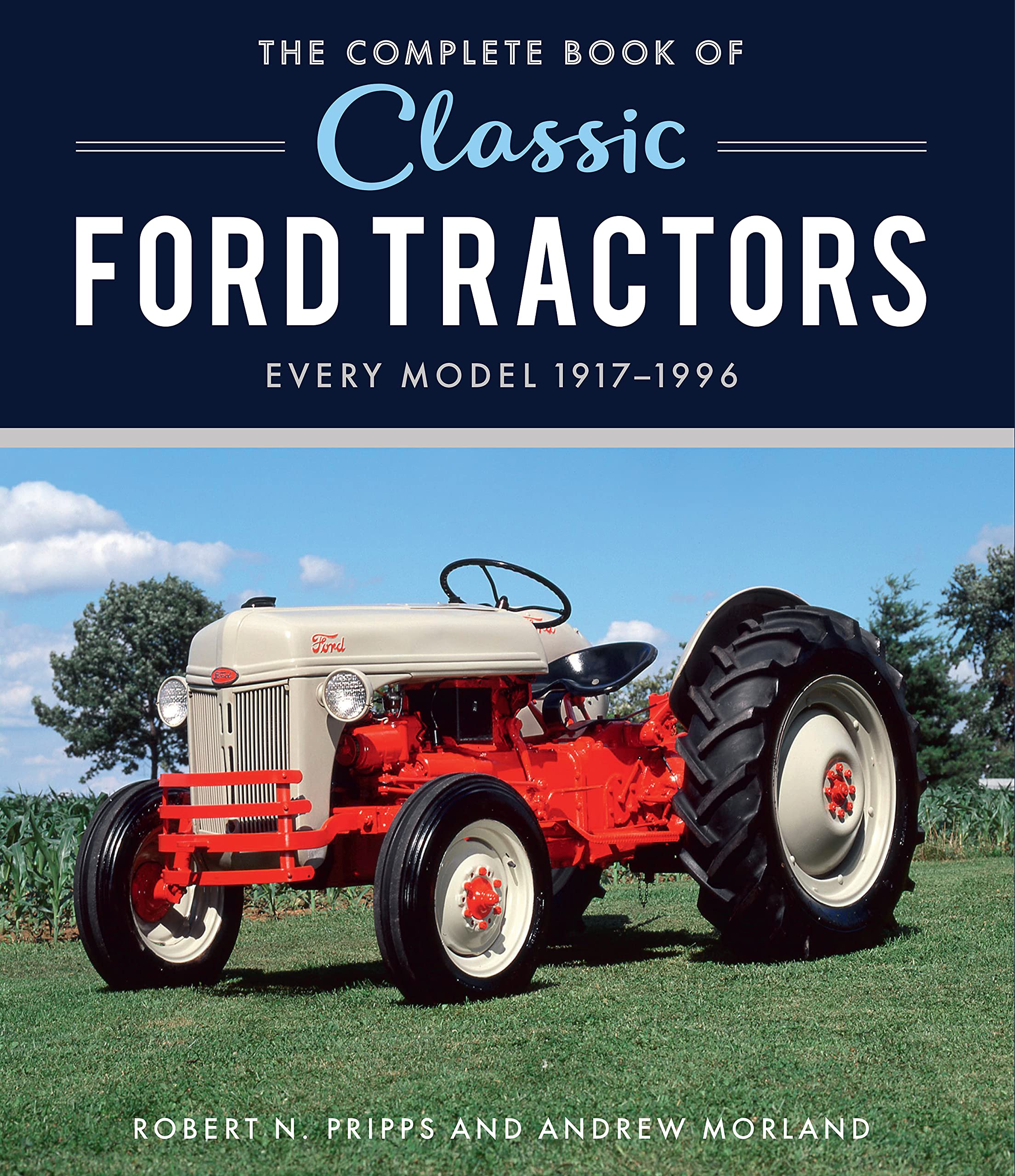 Here’s your beautifully photographed one-stop source for everything you ever wanted to know about the immensely popular classic Ford tractors.

The Fordson N had about 20 percent more power than the F.

This was in part due to an increase in displacement, but also because of a 100 rpm increase in rated engine speed.

Cast front wheels and a heavy front axle helped with the tractor’s balance.

No changes except for casting numbers on rear axle

8.00 × 32 tires are no longer offeredA pressurized radiator is introduced mid-year

The biggest impact the Fordson E27N Major had on the tractor world was the normalizing of diesel power. Except for the highly successful Farmall MD, diesels had been viewed with suspicion.

Farmers thought them to be too costly and temperamental for routine use. After a few years with the Farmall MD and the Fordson Perkins Major, TVO (paraffin, kerosene, or tractor fuel) was definitely on its way out. Nevertheless, the New Major was offered in diesel, gasoline, and TVO versions. It came out in late 1951.

The three engine versions used the same block and crank. Compression ratios ranged from 4.35:1 for TVO, 16:1 for the diesel, and 5.5:1 for gasoline. Diesel versions had a larger bore and a displacement advantage over the gasoline and TVO versions. By 1960, over 90 percent of the production was diesel.

The new tractor had a three-speed transmission with a two-range shifter giving it six forward speeds and two reverse. The New Majors were equipped with a hydraulic system and three-point hitch. Draft control was not offered at first.

The live PTO and a tricycle front end became options in February 1957.

This website was created to help people find the perfect gift for their dads, husbands, boyfriends, grandfathers, and more!